The NUE Series was a blast!

Sitting here writing this, it’s hard to believe that it’s already October and that the summer is officially “over.” Done-zo. The leaves are rapidly changing, everything is pumpkin flavored, I’ve already broken out the wool base-layer on multiple occasions, and I basically watched both Dan and my Spearfish sigh with relief when I unloaded the van after coming home from the last NUE series race of the year: the Fool’s Gold 100.

But DAMN! That was a summer well spent!

I am so thankful to have the support of my parents, my mechanic/boyfriend Dan, my coach and mentor, Danielle Musto, and of all of my coworkers and teammates at Grand Rapids Bicycle Company. Not to mention all of the love from Velocity USA and NiteRider. I am one luck mountain biking gal!!!
I’d be lying if I said it was a relaxing summer. I can count the amount of times I went to the beach on one hand, which is sort of sad considering I live not even 45 minutes from Lake Michigan. I’m really excited to be able to go on a camping trip with Dan this weekend because racing took up nearly every weekend since the Barry Roubaix! There were times when I took my Spearfish out on the road all cleaned and freshly tuned and I literally returned it covered in cow poop.  Sorry, Dan! Endurance racing really puts your bike through the ringer, especially when the race is in muddy conditions or if the rider is clumsy (aka me!) When I wasn’t traveling for a race, I was training for one. Or I was working at the shop or helping to organize Skirts in the Dirt. I did, however, learned some bike-life hacks this summer while participating in the NUE series: 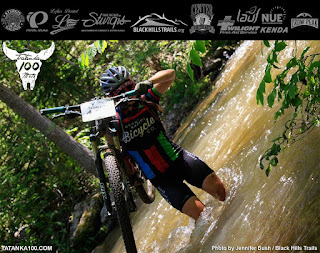 1. Braiding your hair and wearing a hat helps with helmet hair and elongates the period of time you can go between showering. This is actually something I learned prior to the NUE series, but it’s something I wish I would have discovered sooner.  I wasn’t a hat person, and now I keep one at all times in my van. I also keep one in my locker at the shop. I like wearing a cycling cap while riding because it keeps mud, dirt, cow poopie, and bugs out of my hair.

2. If you’re camping at the race venue, gather all of your bike gear together and plop it next to your sleeping bag. Remember a jacket and pants that can be shed easily before the race start. Some mornings it can be chilly and you’ll be happy to put on your bike clothing in the warmth of your sleeping bag. You can emerge from the tent like a little butterfly, ready to ride!

3. Bring a thermos and fill it with hot coffee the night before the race. Make sure it’s a good thermos, because if you get the cheap one on sale at the store your coffee won’t be hot the next morning and you’ll be really sad when you have cold coffee. More often than not, hot coffee won’t be available immediately upon waking up. I don’t know about you, but I have to have coffee stat as soon as I wake up or else I am useless.

4. Speaking of coffee and waking up, make sure you wake up early enough so that you can comfortably eat a good breakfast. I’ve made the mistake of shoving food in my mouth before fully waking up and feeling nauseous for the rest of the day. Plus, my body has a routine: coffee first, morning BM, eat some yum yums, ride.

5. Are you using Schwalbe tires? Get Snakeskins. So. Much. Better! What wheels are you running? Get Velocity Blunt SS’s. So. Much. Better! (Also go tubeless!) Previously mentioned: I’m clumsy. I also wasn’t used to riding outside of the Midwest. Beyond the Michigan style single-track I know and love exists a whole world of single-track with rocks shaped differently from here. They’re sharp, pointy, they move differently, sometimes they’re slimier, sometimes they’re stacked higher. The ground is different too. I learned a word this season, “loam.” It’s like riding over a giant sponge and then having some moss covered off-camber roots tossed in for “fun.” Most recently, the Fool’s Gold 100 had shiny red dirt that left my skin covered in glittery dust. Having a tough sidewall on my tire kept me from having to put a boot in or fix a flat while out racing. I heard a lot of PINGS that should have given me flats. Having those wide Blunt SS rims gave me additional traction rolling over stuff that scared me and brought tears to my eyes. I literally saw so many folks with flats out on those courses! Another tip: bring extra CO2 cartridges. I didn’t want to give my only cartridge away in the middle of a 100-mile race, so I started bringing an extra because so many other people were asking if I had a spare and I hate being unable to help other racers.
6. If something on your bike is pretty close to wearing out, replace it before the next 100 mile race! Don't try to stretch it through "one last race" because it'll probably break. Before leaving for the Fool's Gold 100, Dan told me I needed new pedals. I should have listened to my mechanic. ALWAYS listen to your mechanic! I wound up blowing my pedal up and trying to ride on the spindle through some gnarly single track. Luckily, Sarah Temby was at the next aid station and had been pulled due to a time cut-off. Aid Station volunteers allowed me to use Sarah's shoes and pedals to continue onwards with the race! Thanks Sarah!!!!!!!!

7. Enjoy it! If you're traveling to a race with teammates, friends, family, or even by yourself... stop and check out some cool things! How often are you able to see gigantic water falls, Wall Drug, or some other totally awesome stuff? My dad still gushes about the burger joint we stopped at in Niagara Falls, Ontario. I'm still laughing about how I forgot to bring my wallet when we drove down for the Mohican 100. The adventure can be in the actual ride itself, but a lot of the times there's adventure in getting there.

My goal for the NUE series was to make top 5 overall. I wound up 6th overall in the series after a string of mishaps that are no one else’s fault than my own. I can spend a lot of time playing the “what if” game, or beating myself up about making silly mistakes, but in truth I gave it my all. I jumped in to something that was a little over my head and I’m really happy with how things went this summer! I learn best by throwing myself at something and this summer I threw myself at a lot of riding that has pushed my limits and made me a better mountain biker. I took a wrong turn at one race, I crashed my brains out and kept trying to ride with a crooked cockpit in another race, I came across a BEAR in one, and I met some amazing humans. It ruled. I can't wait to participate in the series again. I highly recommend the NUE series, I highly recommend endurance riding, and I highly recommend riding outside of familiar trail. So good!

So what will I do now that the NUE series is over? GET READY FOR FAT BIKE SEASON! :)

Posted by Unknown at 9:40 AM No comments: 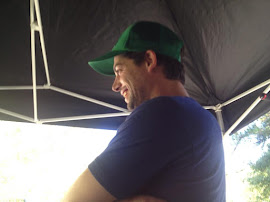 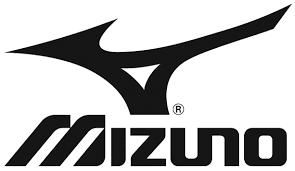